WHY IT’S IMPORTANT TO CUT BACK SCRUB

WHY IT’S IMPORTANT TO CUT BACK SCRUB 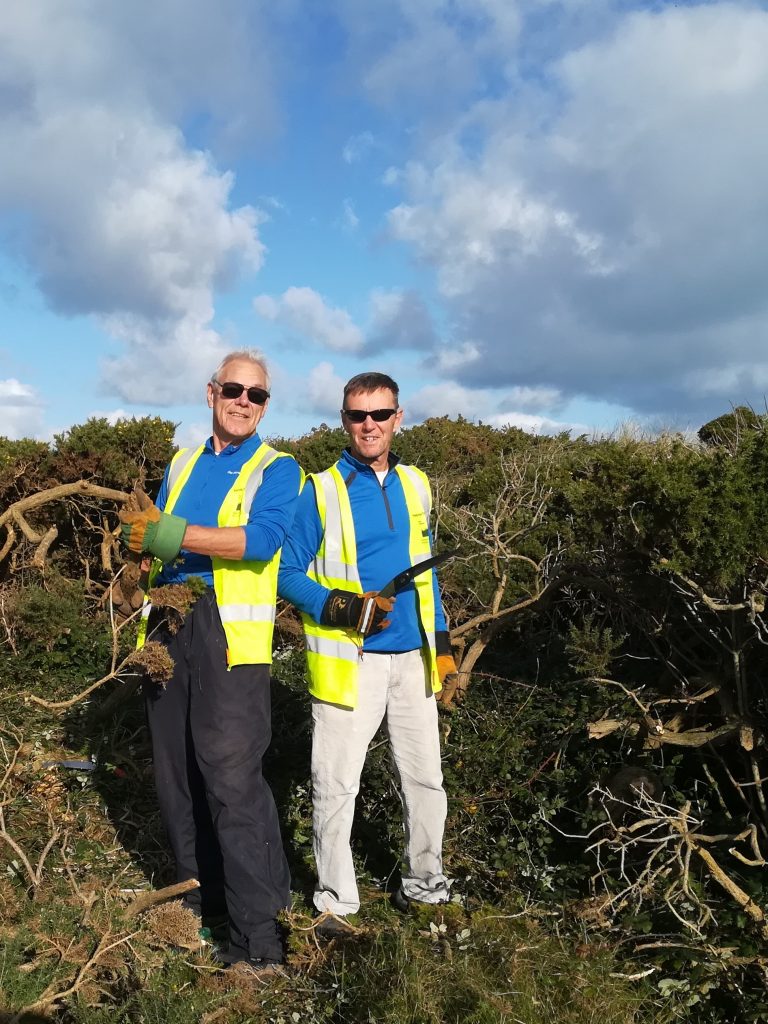 Since December, contractors have been busy cutting back scrub in several areas, most notably the western edge of Mexico Towans, St Ives Bay Park and on Godrevy Warren. During the bird nesting season, we won’t do any new cutting, but instead, it will be really helpful raking up and removing lots of the cuttings.

I thought it would be useful to briefly describe the logic behind why we cut and clear ‘scrub’ – bushes, brambles, etc – as it may seem a bit drastic.

Sand dunes occupy only 2% of Cornwall, and yet they contain about 20% of all the plant species found here, as well as many scarce, rare and specialised insects, declining skylarks and important reptile populations – adder, slow worm and lizard. Virtually the whole Towans from Hayle to Godrevy are recognised as being nationally important for wildlife through being designated as a Site of Special Scientific Interest (SSSI). That’s a dull title, but it basically means it’s the natural equivalent of a cathedral, castle or stately home!

Most of these rare species are associated with the grassland areas – both the distinctive tall marram grass areas – as well as the shorter rabbit-grazed turf, not the scrub (bushy) areas.

Prior to around the 1950s, when farming was more dominant in these locations, grazing livestock kept the proportion of scrub relatively low. Gradually, tourism and recreation – for example dog walking – made farming these areas more difficult and so livestock farming ceased. This enabled the scrub to become more dominant in many areas, to the detriment of the characteristic sand dune wildlife.

So, by carefully targeting the removal of some of the scrub we are trying to restore habitats for the wildlife across the whole landscape. As the scrub is a natural and component part of the dune ecosystem – for example, it is especially important for nesting birds and hibernating reptiles – we aim to retain much of it, but in smaller, more scattered clumps. It’s the extensive banks of it that gradually alter the ecology, as little can grow underneath once the ground becomes heavily shaded, and years of leaf drop enriches the soil, making it less suitable to support sand dune grassland.

When considering which scrub to cut, we use the following rationale:

Once scrub has been cut, we try to rake up and burn or stack as many of the cuttings as we can. This creates bare sand for animals to bask on as well as exposing the seed bank to enable new plants to germinate. Also, if these cuttings were left to rot down, their nutrients would enrich the soil, greatly reducing its value to support sand dune vegetation. The same impact arises if dog mess is not picked up and is allowed to rot down.

So, I can assure you, there is method in what might look like our madness! It is heartening to see how this process has reaped benefits across the Towans in recent years – along with help from the ponies, of course. By eating the older matted grass, they seem to prepare the way for the rabbits to maintain healthy grassland into the future.